This consummate group have been singing for as long as most people can remember, & have no doubt sung for a wedding of yours, a relative’s or friend’s.

Koren has made 4 CDs (available to be purchased here), has a degree in music & in her spare time also conducts the Voices Raised Choir, teaches singing & piano. In 2008 Koren married Kieran Vella who has also joined the group & occasionally sings at the weddings, but mainly mixes & works the PA system. They have a graphic & web design & production company called K2Media.

For the Beales & their son-in-law, music is a hobby & passion. 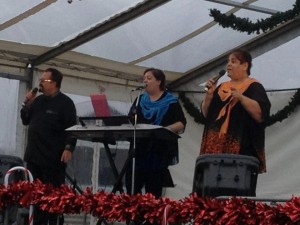